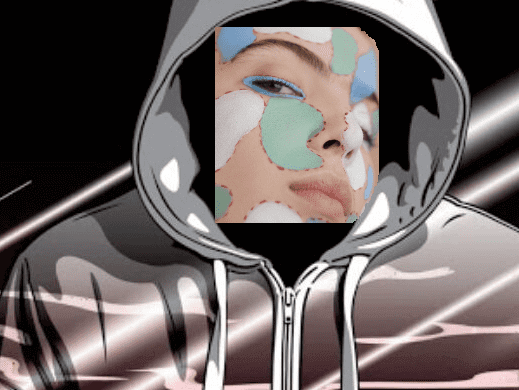 This article discusses what is Adversarial Machine Learning, what makes it dangerous, where it is used, and how it differs from generative-adversarial neural networks. Read on to find out when and why AML methods appeared, how to trick facial recognition and what are the ways to fight Adversarial attacks.

What is Adversarial Machine Learning: definition and history

Usually the term Adversarial Machine Learning (AML) is translated into Russian as " competitive machine learning", implying a purposeful impact on a neural network that can cause errors in its behavior. Therefore, it is more correct to use the meaning of "Adversarial ML", which excludes the mixing up with Generative adversarial networks (GAN) and emphasizes the negative nature of this notion. The first publications on the topic of AML date back to 2004. Until about 2015, when ML was not widespread in practice, AML was also theoretical in nature [1]. And in 2013, Christian Szegedy of Google AI, trying to understand how neural networks "think", discovered a common property of this ML method: they are easily fooled by small perturbations [2]. Then the ideas of AML gain popularity after the article "Explaining and harnessing adversarial examples" by famous DS specialists Ian J. Goodfellow, Jonathon Shlens and Christian Szegedy, published in 2015 [3].

A classic illustration of AML adversarial attack is an example mentioned in this paper, where a special noise, invisible to humans but detectable by a neural network, is added to the original panda image, which is recognized with 57.7% probability. As a result, the neural network identifies the image as a gibbon image with 99.3% probability (Fig. 1) [3].

In 2017, Massachusetts Institute of Technology (MIT) researchers printed a 3D model of a toy turtle with such texture that the Google AI object detection tool classified it as a rifle. And in 2018, Google Brain published a processed image of a dog that looked like a cat, for both computers and humans [4].

The full history of AML from its origins to the present can be found in the article "Wild Patterns: Ten Years After the Rise of Adversarial Machine Learning" by Italian researchers Battista Biggioa and Fabio Rolia. Of course, the scope of AML is not limited to machine vision and image identification, it also includes the tasks of text, sound and biometric recognition. In particular, this is how you can bypass the Face ID function in the iPhone X smartphone or other similar devices [1]. We will consider the legal uses of Adversarial Machine Learning next, and now let's talk about the types of attacks on neural network models that can be implemented using this method.

So, one of the reasons why adversarial attacks appear is that Machine Learning methods were originally developed for stationary and secure environments where training and test samples are generated from the same statistical distribution. However, in practice, attackers can surreptitiously manipulate input data to exploit vulnerabilities in ML algorithms and compromise the security of the entire Machine Learning system. There are 2 types of AML attacks [4]:

In addition to victim awareness, the main factors that determine the type of attack on supervised ML algorithms are considered to be [4]:

In addition to spam emails and deception of biometric systems, one of the most striking cases of Adversarial attack is the impact on self-driving cars and other robotic solutions. For example, to analyze the behavior of the car's machine vision subsystem, slightly altered images of road signs are fed to its input in huge quantities. Princeton University researchers' experiments have shown that it is enough to apply simple distortions to a speed limit sign so that the ML system considers it to be a mandatory stop sign. And sudden braking of one car in a dense stream of cars moving at high speed is fraught with the risk of accidents and even fatalities. Given this potential vulnerability, many self-driving cars companies have responded by releasing technologies to prevent Adversarial attacks. In particular, in 2018, Nvidia Corporation, which collaborates with Mercedes-Benz, published a SELF-DRIVING SAFETY REPORT describing attached infrastructure solutions to protect self-driving cars. Aircraft manufacturers suggest extending to vehicles technologies like Communication Lockdown, which the F-35I and F-16I fighters are equipped with. Nevertheless, in the field of unmanned vehicles there are not yet ready-made solutions to counter distorting attacks, so these potential threats remain the most important factor that hinders the practical implementation of autonomous vehicles in everyday life [1].

Another example of an AML attack is the vulnerability of clustering algorithms, which are used to detect dangerous or illegal activities. For example, the clustering of malware and computer viruses aims to identify, classify, and create specific signatures for detection by antivirus or intrusion detection systems. However, these algorithms were not originally designed to deal with deliberate attack attempts that could disrupt the clustering process itself [4].

How to protect on AML attacks: neural network learning approaches and security assessment

The high risks of AML attacks have led to proposals to rethink approaches to training neural networks. In 2019, researchers at MIT showed that the seemingly random noise that confuses the ML model actually engages very precise, barely noticeable patterns associated with specific objects. This means that the ML system doesn't just identify a gibbon where a human sees a panda, but reveals a pattern of pixels, unnoticeable to humans, that appeared more often in pictures of gibbons than in images of pandas during training. The researchers conducted an experiment by creating a dataset with images of dogs that had been altered so that the standard image classifier mistakenly identified them as cats. They then labeled these images "cats" and used them to train a new neural network. The trained ML model was then presented with real images of cats, and it identified them correctly. Therefore, the experimenters assumed that there are two types of correlations in each dataset [5]:

So to reduce the risk of Adversarial attack, we should change the way ML models are trained by controlling the correlation patterns that the neural network uses to identify objects in the image. This can be done by training on contextual patterns that are related to the very meaning of the object being identified. Having tested this idea using only real correlations for training ML models, the researchers from MIT had encouraging results: the neural network was attackable only in 50% of cases, while the model trained on real and false correlations was manipulable in 95% of cases [5].

However, improving the quality of the training sample is not enough to completely eliminate the risks of Adversarial attack. To understand the security level of ML algorithms, a comprehensive approach is needed, including the following measures [4]:

Currently, in the field of applied Data Science the following mechanisms of protection against Adversarial attack become popular [4]:

There are also methods of empirical defense against AML attacks, the efficiency of which is tested and confirmed in practice [2]:

Some of the above methods are available in the following AML libraries [4]:

Where AML is applying: some practical cases

The following are considered to be classic cases of Adversarial attack techniques [4]:

However, the use of AML attacks in cybersecurity [6] is not the only example of the applied use of this technology. In particular, in 2019, Avito used this approach to deal with content theft by protecting car ads by applying a special noise mask to their photos. It used object detection by iteratively adding images other than the true class to the background of the company's logo placed on the license plate of the car (Figure 3). Noise for the letters of the Avito logo was obtained using the fgsm method, and the scalable MXNet platform for deep neural network training and deployment was used in development. Thus, the ad service prevented automatic copying of its content to the competitors' website [7].

A similar generation of human faces is described in an article about manipulation of biometric images, where the study of ways to deceive biometric systems will improve the effectiveness of combating such attacks. For example, experimental studies have shown that the face recognition model prediction is directly dependent on the ML model parameters and the location of anchor points on the input image. Manipulations with them by means of the prediction gradient with respect to the input image strongly affect the predictions of the face recognition classifier (Fig. 5) [9].

However, the manipulation of reference points is not only the prerogative of ML specialists. Due to the active introduction of video surveillance systems with facial recognition, more and more urban activists are trying to cheat computer biometrics. According to a study by the Russian company Videomax, false mustaches, beards, dark or transparent glasses cannot fool ML-algorithms, and a voluminous wig reduces the identification accuracy by almost half. The combined use of a long-haired wig, headgear, patches and simulated facial bruises reduced recognition accuracy by up to 51%. People also use special makeup, which disrupts facial symmetry and affects the identification of reference points. A similar method of camouflage makeup is the basis of the service Grigory Bakunov, director of technology distribution at Yandex. An algorithm based on the original photo selects a new image for a person based on the "anti-similarity" principle (Fig. 6). However, Grigory quickly enough closed this project, considering it a potential weapon for criminals who could use the service for illegitimate purposes [10].

However, camouflage makeup will only work in the case of systems that focus on analyzing flat images with conventional daylight cameras. In the case of infrared video surveillance devices, makeup will not help, since they reflect infrared rays off the person and create a three-dimensional map of the entire face. In particular, FaceID technology recognizes the face in any makeup. However, researchers at Fudan University in China, the Chinese University of Hong Kong and Indiana University commissioned by Alibaba Corporation have developed infrared LEDs that attach to a cap and illuminate the human face. This allows you to hide, even from infrared cameras. And the LEDs help not only hide your face, but also pretend to be another person, highlighting the right reference points. The experiment showed that the cameras were able to fool in 70% of cases. A similar solution was presented by the Tokyo National Institute of Informatics in the form of glasses with built-in infrared LEDs that illuminate a person's eyes and nose. However, they will not be able to fool cameras, which record visible rather than infrared light [10].  In addition, the question about the usability of such an accessory remains open: the human head is very sensitive to bright light and you can not wear it for a long time.

Some activists create special accessories, such as the photorealistic 3D mask by the American artist Leonardo Selvaggio or the Polish designer Ewa Nowak, which are also focused on fooling urban surveillance systems with facial recognition (Fig. 8) [10]. However, progress does not stand still and such a protest movement can be seen as a kind of Adversarial attack on ML recognition algorithms, which ultimately act as a driver for the further development of this technology.

Therefore, given the growing interest in Deep Learning, the spread of biometric systems in particular and ML in general, as well as the popularization of autonomous machines (robots, cars, drones), we can conclude that the AML problem will be relevant for a long time to come. Therefore, when preparing data for modeling and developing their own neural network models, Data Scientist should assess their vulnerability to possible attacks, taking appropriate countermeasures.